Our local tempe maker Edward Brand (you may have met him at the Dylesford market and sampled his wares) will teach us how to make some for ourselves, send us home with a fresh block and the ingredients to make several batches.....
We will have a light dinner with tempe and miso soup to sustain and nourish us. Do you want to join us?
Thursday, April 10th 6 to 9pm   $55   Maximum 8 people   venue tba 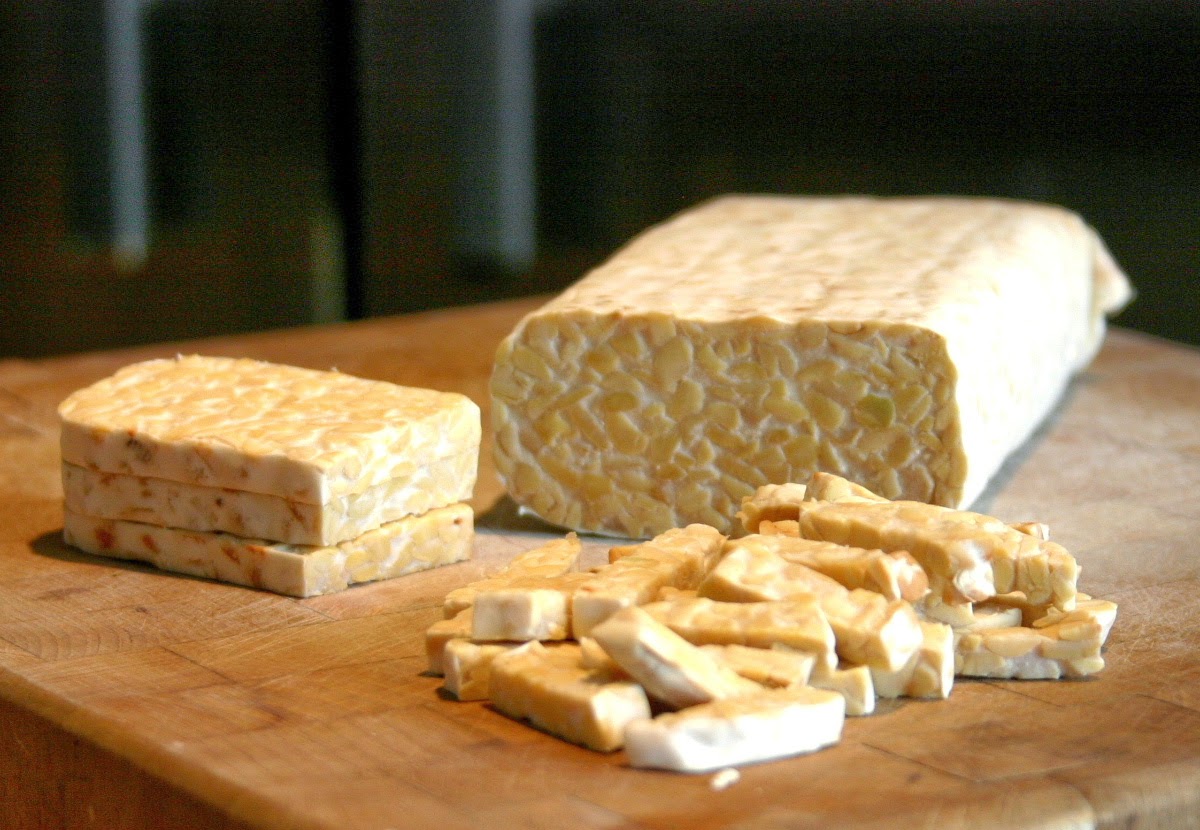 In ten days time we will reach the autumn equinox, what better time to celebrate the universality of the peoples and places of the world than when we all have the same length of day and night? 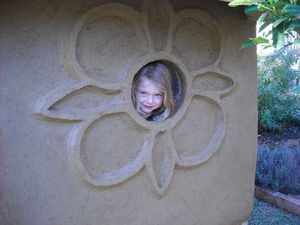 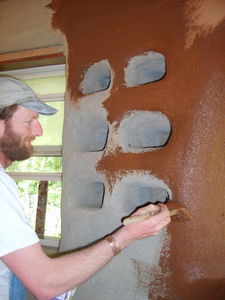 On Friday March 21st, we will be having a celebratory dinner  with Alexis of Continental House
and local food, including weeds fame, and a talk by James Henderson (from Henderson Clayworks) about earth render, including the presentation of his new book on this subject.

Dinner at 7pm at the Senior Citizens rooms at the Town Hall and James' talk at 8.15pm

The dinner and talk will cost $17pp.  Book here
HRN events are waste free. We use ceramic crockery, reusable packaging, and take home any food scraps to feed the chooks.

On Thursday evening, local food enthusiasts flocked to the town hall for the workshop hosted by the world fermentation food expert, Sandor Katz. Once described by the New York Times as "one of the unlikely rock stars of the American food scene" he was on a month long tour around Australia running workshops in Brisbane, Sydney, Hobart and Melbourne. His visit to Daylesford was for one last workshop before flying out to New Zealand the following. Aren't we lucky to be able to host events like this, right on our doorstep. Thanks Sandor ! 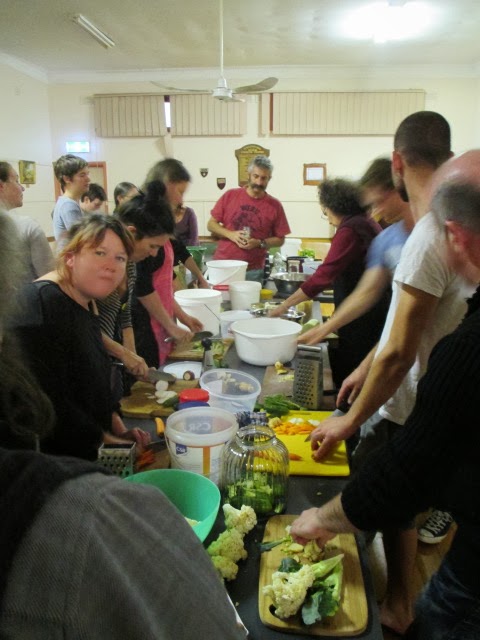 We were first told the benefits of fermented food such as kimchee, sourdough, miso, cheese, kafir, yoghurt etc. and the cultural importance of these in our culinary history. Native of New York and collector of fermented food techniques from around the world, Sandor stressed the significance of improvisation, using what is locally available, to suit the local conditions, once the fundamentals are understood. 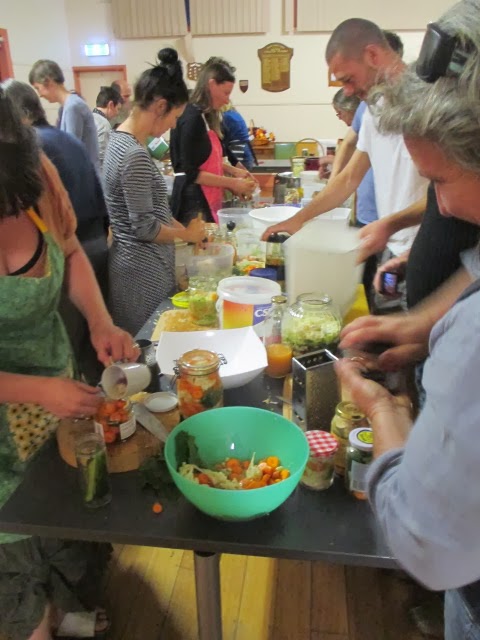 After a bowl of miso soup, made with locally grown vegs and miso (fermented bean paste made at Melliodora), it was time  to get into action. In frenzied chaos we chopped and shredded carrots, cabbages, cucumbers and other vegs supplied by local organic farmer Rod May, then we salt pickled them, while asking Sandor all sorts of questions about every aspect of fermentation.

"Don't be afraid of making mistakes and be creative once you understand the basics,"  Sandor said when he had to wind up his four-and-a-half-hour workshop. Everybody seemed to want some more, not too unlike at the end of a good rock music gig. There was no encore, unlike at concerts, but everyone left the hall with huge grins on their faces as well as a jar of freshly made fermented veg.
No doubt an even bigger grin will return in about a week, when the fermented veg is sampled, with fond memories of the evening. 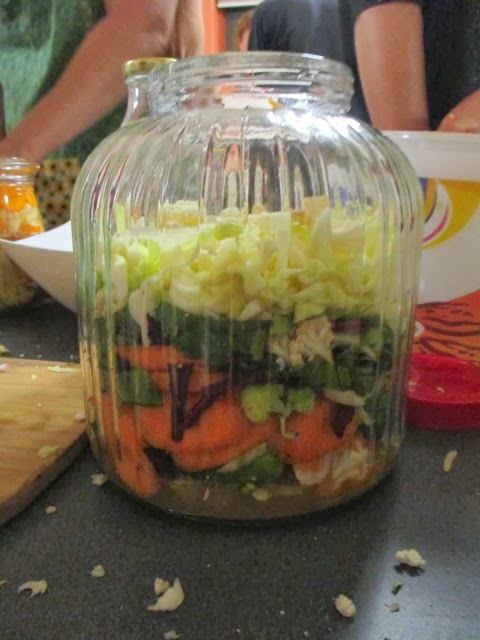