Across Australia, early Europeans commented again and again that the land looked like a park. With extensive grassy patches and pathways, open woodlands and abundant wildlife, it evoked a country estate in England. Bill Gammage has discovered this was because Aboriginal people managed the land in a far more systematic and scientific fashion than we have ever realised. For over a decade, Gammage has examined written and visual records of the Australian landscape. He has uncovered an extraordinarily complex system of land management using fire and the life cycles of native plants to ensure plentiful wildlife and plant foods throughout the year. We know Aboriginal people spent far less time and effort than Europeans in securing food and shelter, and now we know how they did it. With details of land-management strategies from around Australia, The Biggest Estate on Earth rewrites the history of this continent, with huge implications for us today. Once Aboriginal people were no longer able to tend their country, it became overgrown and vulnerable to the hugely damaging bushfires we now experience. And what we think of as virgin bush in a national park is nothing of the kind.

Charlie Mgee at the Sound Shell

Charlie delighted a small but enthusiastic crowd with great music and lyrics at the Sound Shell on Saturday and many decided that his CD was a must. But if you missed him, there will be another opportunity to see him or do a ukelele workshop with him in late January so stay tuned to HRN for the dates. 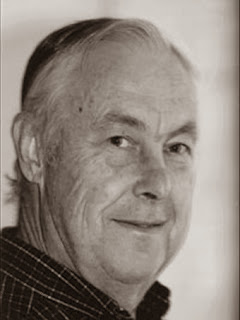 Bill Gammage, the veteran historian and author of the ground breaking book, The Biggest Estate on Earth: How Aborigines Made Australia, will give a talk at the Daylesford Town Hall on Friday Nov 29.

Bill Gammage is adjunct professor in the Humanities Research Centre at the Australian National University.

In this multi-award winning book, Bill refutes the common notion that pre-1788 Aboriginal people had no system of land management, on the contrary he shows that the people who lived here then had developed, over many generations, a complex, elaborate system of management to ensure the survival of their culture.

He suggests that time spent maintaining the landscape was a cultural obligation of great import. Bill Gammage uses written accounts by explorers and historians, and early landscape views (sketches, paintings, etc) to explain how Aborigines created an ideal landscape for obtaining the variety of food items they needed in their diet, and kept the countryside clear of dense vegetation (and thus dangerous fires).

A current exhibition of works by colonial artist Thomas Clark at the Hamilton Art Gallery illustrates Gammage's argument that the landscape was open and parklike. A room full of 1850-60's views of the western district ......wide open spaces, clear of stumps. Clark and other artists of the day had no agenda to paint anything other than what they saw. Where are the trees, now so plentiful?

The indigenous Australians were more efficient than Europeans, Bill asserts, in getting food, shelter and other needs from the land, mostly by the use of fire and manipulation of the life-cycles of food plants.Once the fire-based land management system was removed with the arrival of Europeans, the continent became overgrown and thus more fire prone (made worse in recent times, by the climate changing to a much drier one). With The Biggest Estate on Earth, Bill Gammage has updated the history of Australia, and our way of seeing our land.

The central premise of The Biggest Estate on Earth is that before white settlement, the continent had been looked after by the mindful and meticulous caretakers maintaining by cultural and religious norms which were essentially unified across the whole continent including Tasmania (that had been separated from the mainland for 8,000 yrs). The implications of Gammage's evidence and conclusions speaks directly to concerns with sustainability and landcare. The ensuing debate will change us and the land hopefully for the better.
Do not miss this rare opportunity.